The distinctive nature of ‘České pivo’ is imparted by a number of factors, particularly the raw materials used, the know-how built up by the brewing industry over many years and the special brewing processes. Noteworthy features of ‘České pivo’ production are the decoction mashing process, wort boiling and two-stage fermentation. The entire production process (carefully selected raw materials, malting process and preparation of the beer in the traditional area of the Czech Republic) gives rise to a specific and unique product with a high reputation.

The beer can be distinguished by the fact that it is dominated by malt and hops, only a tinge of pasteurisation, yeast or ester is acceptable and no foreign tastes or odours are permissible. The less intense overall aroma of ‘České pivo’ derives from the relatively low content of undesirable by-products of fermentation. The beer has a medium to strong sharpness, with slow release of carbon dioxide. The beer is likewise medium- to full-bodied, mainly due to the content of unfermented residual extract associated with the difference between the apparent and actual attenuation. Lower attenuation also means lower alcohol content. One very important characteristic of ‘České pivo’ is its bitterness. The degree of bitterness of the beer is medium to highish, with a moderate to light tartness, which takes longer to fade. The bitterness lingers longer in the mouth, stimulating the taste cells for longer. The higher degree of bitterness also aids the digestive process. A higher concentration of polyphenols and a higher pH value are further features of ‘České pivo’.

Pale beer (pale lager, pale draught beer and light beer) has a weak to medium aroma of pale malt and hops. It is of a golden colour of medium to higher intensity. The beer is sparkling and, on being poured into a glass, forms a compact white head. Dark beer (dark lager and dark draught) has a distinctive aroma of dark and coloured malts. It has a medium sharpness, with a characteristic full body on account of the substantial difference between the apparent and actual attenuation and the presence of unfermentable substances in the raw materials from which the beer is brewed. The bitterness is influenced by the full body of the beer. Secondary caramel and sweetish tastes and odours are permissible.

PGI “České pivo” was added in the Register of protected designations of origin and protected geographical indications by the COMMISSION REGULATION (EC) No 1014/2008 from 16-th October 2008.

The geographical indication ‘České pivo’ contains the name of the country since, chiefly through the specific production method that has been typical of the defined area for centuries, ‘České pivo’ is linked with virtually the entire area of the present-day Czech Republic. For centuries, bottom-fermented, fully matured beer has been continuously brewed here predominantly by the same method, which combines decoction mashing, wort boiling, actual boiling of the hops and separate two-stage fermentation. ‘České pivo’ typically has a higher proportion of unfermented extract, a higher polyphenol content, a higher pH value and a more distinctive colour, bitterness and sharpness than other beers.

Through the specific features of the production method used, from which ‘České pivo’ derives its characteristic properties, the reputation of the beer and the name ‘České pivo’ have spread both nationally and abroad and the product has become unequivocally linked with the place where it is produced, namely the Czech Republic. 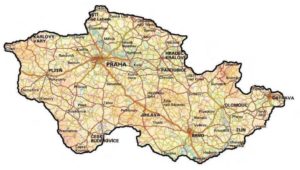 ‘České pivo’ is produced by the method, which is based on the skill of Czech brewers, exclusively in the area concerned, mainly from local raw materials of the specified quality togetherwith local water sources. All this gives ‘České pivo’ specific properties which result from its unique composition.

Studies conducted by the Research Institute of Brewing and Malting in Prague have demonstrated that ‘České pivo’ differs substantially from foreign beers. Selected Czech and foreign beers were subjected to a meticulous analytical and sensory assessment.

A detailed analytical and statistical model, which made it possible to identify similarities and differences between various beers, was devised. The results were processed using multidimensional statistical methods (factor, dispersion and cluster analysis, etc.).

It was demonstrated that ‘České pivo’ can be differentiated from foreign beers in the same category.